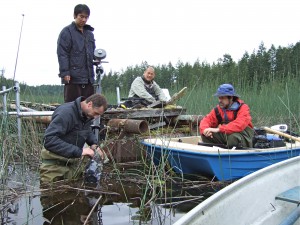 How does a fertilized egg develop into a fully formed creature? How does the immense variety of animal forms evolve from the first simple living thing? The new science of “evo devo” reveals that these two mysteries have a single, amazing resolution. An ancient toolkit of body-building genes is deployed to forge new creatures and novel structures. New forms evolve through the tweaking of the old developmental program that turns an egg into an adult.