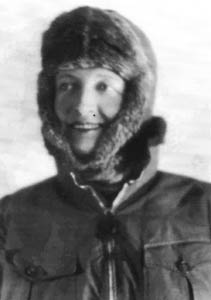 They were born to break the rules. This peerless group of explorers was ready for anything … afraid of nothing. Flouting convention, they set out on epic journeys to the farthest reaches of the Earth, sometimes accompanied only by their most trusted companions: a revolver, a whip, and perhaps a small travel bag.

One crossed thousands of miles of Siberian wilderness on horseback to bring medicine to Russia’s sick. Another led a bone-numbing expedition across the  Arctic Ocean in search of a downed pilot. Yet another traded with Bedouin tribesmen and helped established dynasties in Jordan and Iraq.

They were wayfarers, they were warriors—but most remarkably, they were women. And they were traveling in an era when a woman rarely strayed far from the hearthside.

This series will chronicle the spirited pursuits of these early female adventurers who defied convention as they laced up their boots and charged off to areas of the global map labeled “unknown.” Armed with grit, guts, and their insatiable curiosity, they not only secured their own well-deserved place in history, but also kicked the door open for future generations of explorers to pass through.

No Man’s Land is not just a story for women. It is a reminder to all of us that in a world where everyone has seemingly “been there and done that,” there are—in fact—ever-new horizons to seek out. By celebrating the lives of these intrepid explorers, we are inspired to reach far beyond our comfort zone and discover something entirely new about the world—and about ourselves.